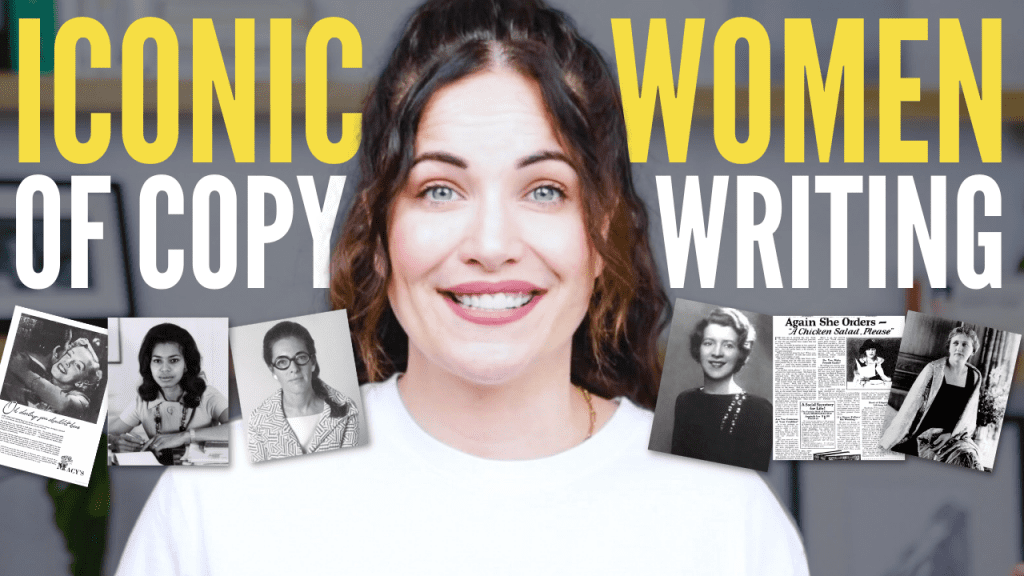 Last Updated: 11 months ago
No Comments

When it comes to icons in the copywriting world, there are certain names that everyone recognizes…

Names like: David Ogilvy⁠, Leo Burnett⁠, Gary Halbert⁠,  Eugene Schwartz⁠, Robert Cialdini, and Joseph Sugarman are just a few examples of names that we honor and celebrate as the legendary forefathers of copywriting…

And I’m not saying their recognition isn’t well deserved.

These men are geniuses and their contributions to the world of marketing, advertising & copywriting have been profound…

But what most people don’t realize is that women have been absolutely crushing it in the world of marketing, advertising & copywriting for just as long – if not longer – than men. Gasp!

So in this blog, we’re going to shed some much-needed light on the iconic women who shaped copywriting history, while  MAJORLY challenging sexist norms, a patriarchal society and systemic oppression.

I am freakin’ STOKED about this blog, because it is high time that the time the world pays tribute to these absolutely iconic, legendary women who literally shaped copywriting and marketing history and created some of the most recognizable ads, slogans, and campaigns of all time…

Now there were so many iconic women throughout history that I wanted to feature, but that would have made this blog REALLY long.

So I decided to break it up into two, so make sure you come back next week because I saved some of my absolute favorite women for the sequel!

Now, if you’re new to the crew – welcome!

My blog is here to help you understand the world of marketing, copywriting, and freelancing so you can create a business you love, find the freedom you deserve and live life on YOUR terms – so if that sounds good to you, be sure find my newsletter below to get fresh tutorials every week.

And don’t forget to hit that bell to be notified when my next tutorial goes LIVE.

Now it’s realllllly to easy to look at the advertising industry and think it’s run by a bunch of anti-feminist white dudes that sling money, sex, and alcholol…

And well, you’d be right.

For the past several decades, the industry HAS – in large part – taken pride in that representation. Presenting it’s women as nothing more than secretaries to fetch coffee… or a pretty face that would love nothing more than to clean your house with the latest cleaning products, or a sex symbol to sell you cars, cigars and beer.

I’m sure we’ve all seen, or at least heard of, the TV show Mad Men. This show offers a little glimpse into the way women have been dismissed, demeaned and not taken seriously in the old boys club of the advertising industry.

But what you probably don’t know, is that well over 100 years ago – and a solid 50 years before The Mad Men’s era – the foundation of advertising was actually laid by a group of badass, pioneering women.

And it all started back in 1910 – at J. Walter Thompson agency’s “Women’s Editorial Department”… and one woman in particular… 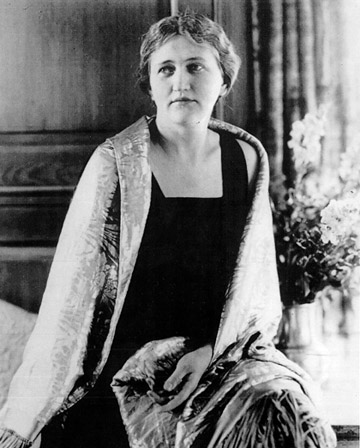 Leading the Women’s Editorial Department was Helen Lansdowne Resor – and together, this group of copywriting feminists completely changed the world of advertising.

Up until this point, advertisements were typically just a simple text and picture that straight-up described what a product did – nothing more, nothing less.

But Helen’s team didn’t like that approach. They decided to take a more psychological approach to appeal to their customers.

They introduced the ideas of testimonials, speaking to a consumer’s deepest desire, and painting a picture of what life could look like once you use this product – which are all very powerful methods of marketing that are still used today.

Helen is even thought to be the very first person to introduce the concept of sex appeal, and sexual desire, into advertising – with her “A Skin You Love To Touch” ad campaign for Woodbury’s Soap.

By 1918, the revenue generated by the Women’s Editorial Department totaled more than $2.2 million out of a total of $3.9 million—over half of the overall earnings at J. Walter Thompson.

And by 1925, the company had 22 women working on 65 accounts, compared to the 19 male copywriters that handled just 18 accounts.

Now, we’ve got a lot more iconic women to get through… so let’s meet… 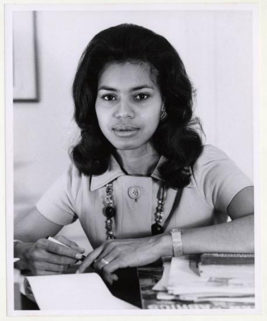 Secretary turned copywriter trainee turned advertising executive… Caroline Jones was the first Black Woman to be hired as a copywriter at J. Walter Thompson agency in the early 1960s.

During her career, she broke many race and sex barriers of the advertising world… and eventually became one of the most prominent Black Women among agency executives.

Most of her clients came to her specifically when they wanted to market to Black Consumers… including MASSIVE brands like American Express, Anheuser-Busch, McDonald’s, Prudential, Toys ”R” Us and the Postal Service.

Many of the campaigns she worked on are globally recognized – and still used today.

Which again, was originally aimed solely at the Black consumer. But the slogan performed so well that, by the 1980s, the fast-food chain was using it in ALL of its national ad campaigns.

Later in her career, she founded Caroline Jones Advertising, where she created the “Because You’re Worth It” campaign for L’Oréal…

Now full disclosure – this fact is now disputed by L’Oréal… who claims the company’s famous slogan was actually coined by Ilon Specht, a white female copywriter, in 1971.

What’s the ad world without a little controversy, right? No matter what, there’s no doubt this woman was a badass pioneer in the marketing world.

Margaret Fishback was a poet, prose author, and one of the highest-paid copywriters in the 1930s. The majority of her advertising work was done for Macy’s, but she also did extensive freelance work.

In 1935, The New York Daily Mirror said, “She writes real poetry and it sells for real money, not every poet can do that.”

During her time, Fishback was highly admired and praised for her writing skills and expertise… So the fact that she’s so little talked about today is a serious tragedy.

She was probably most well-known for her skill at combining verse with copy to create Ads that were both catchy and highly effective.

Fishback was a fiercely independent feminist during a time in history when women were traditionally reliant on men, she had absolutely no problem declaring publicly that she “didn’t need a husband” and earned more than enough money to pay her own way. 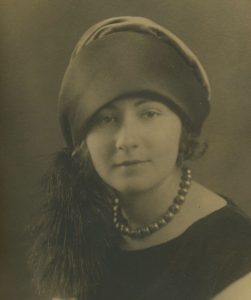 Yeah, you probably can’t think of very many – if any at all.

Now let me take you back to the year 1919 and introduce you to 18-year old copywriter, Lillian Eichler.

She worked for an advertising agency in New York and was given the seemingly impossible task of selling 1,000 copies of the pre-1900 Encyclopedia of Etiquette… which had been collecting dust on the shelves because no one was buying it.

Within just a few days of Lillian’s copy hitting the papers—every single copy was sold.

From the beginning of the letter where she tells a story of a woman who keeps ordering the same meal while on a date with a man – because she didn’t know how to pronounce the French items on the menu… haha um… thank god I can say french fries.

To be “conscious of your crudités” croo-di-tay (yes, I had to Google how to say that) “that rob women of their poise, ease, confidence, and self-possession…”

To master the art of being popular and making friends easily, Lillian asks the reader:

Absolutely brilliant pain points that almost every woman living in the 1920s was really concerned about (and let’s be honest… I still don’t really know how to answer any of those questions).

But there was another problem… sure Lillian’s copy sold every book. But within a few days of being sold, they were being returned.

So the publishing company had a brilliant idea…

Why not just have Lillian rewrite the ENTIRE Encyclopedia herself – using the same tone of voice and addressing the same pain points she used so effectively in her Ad copy.

And so that’s exactly what she did. Lillian’s new and improved version of the Encyclopedia sold two million copies at $2 each, resulting in $2.5 million in profits – and remember this was 1919.

That would be $42 million in today’s money! 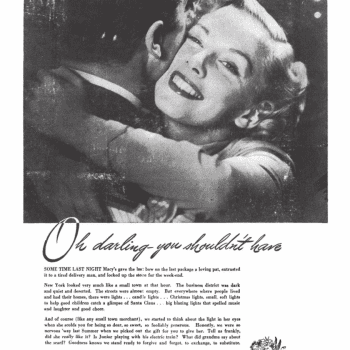 She created what’s thought by some to be the most iconic Christmas Ad of all time (and featured in the book “The 100 Greatest Advertisements: Who Wrote Them and What They Did”)

Apparently, people wrote, called, and personally stopped by the store to inquire about this Ad – it got more attention than any other ad in Macy’s history.

Oh Darling, you shouldn’t have.

Sometime last night, Macy’s gave the last bow on the last package a loving pat, entrusted it to a tired delivery man and lockedup the store for the weekend.

New York looked very much like a small town at that hour. The business district was dark and quiet and deserted. The streets were almost empty. But everywhere where people lived and had their homes, there were lights. Candle lights. Christmas lights. 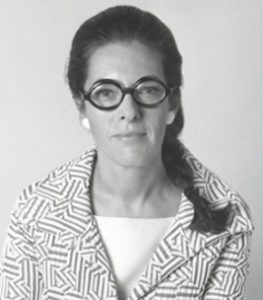 Phyllis Robinson – aka “the first lady of Madison Avenue’s creative revolution,” – got her start in the industry during a time when agencies were crowded with the traditional Mad Men era atmosphere… nicotine, booze, and lots of men.

Robinson was one of the first women brave enough to brush aside the strong sexist views of this era and clear a path for herself straight to the top.

She became the first chief copywriter at Doyle Dane Bernbach advertising agency, where she supervised a team that would produce a number of notable people in advertising –  including Mary Wells Lawrence and Paula Green.

And today, of course, we all know that great copy + great design is the secret sauce to selling products at record rates.

I hope you enjoyed this flashback through history and loved learning more about these absolute powerhouse women.

And make sure you come back for Part 2 – being released next week – because we’ll be talking about:

Plus more incredible iconic women that you NEED to know about.

Alex Cattoni
Head word nerd and marketing mad scientist at the Copy Posse. I geek out on studying the intricacies of the human condition, including the hidden and fascinating motivations behind why we act, feel and buy the way we do.
Previous Post
Improve Your Copy & Increase Conversions With This Simple FREE TOOL
Next Post
Meet The Iconic Women That Shaped Copywriting History (Part 2)